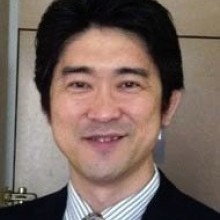 Joji Matsuo is an American mind inside a Japanese body. He was raised in Southern California by an American father and Japanese mother. Since 1976, Joji has lived in Japan and began translating and interpreting professionally in 1988. His main focus is on the industrial automation industry which covers a broad range of manuals for everything from household appliances to industrial automation equipment.

In a past life, Joji worked for a Japanese machine builder where he built electrical control cabinets, designed control systems for automated machinery, and managed a team of engineers tasked with developing automated machinery for manufacturing processes in and outside of Japan.

Joji was a past director of JAT in 1992, and has spoken at JAT and PROJECT Tokyo about marketing oneself at trade shows, translating and interpreting for the monozukuri industry, and consulting clients on how they can generate work for the working translator and interpreter.

This workshop will focus on translating technical manuals from Japanese into English. It is intended for translators who are interested in translating manuals for hardware and/or software installation, operation, programming, maintenance, and servicing procedures. A manual for...