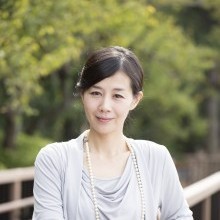 Eri Muraoka was born in 1967 in Tokyo. A writer, she is the granddaughter of Hanako Muraoka, who translated into Japanese all but the last of the Anne novels; and younger sister of Mie Muraoka, who translated The Blythes Are Quoted, the final book in the series. A graduate of Toyo Eiwa Senior High School and Seijo University’s Faculty of Arts and Literature, Eri’s first job was writer for a magazine.

In 1991, she and sister Mie opened Hanako’s study to the public as the Anne Memorial Room / Hanako Muraoka Study Room. The sisters currently work to preserve and catalogue their grandmother’s written legacy. (The Memorial Room was previously open by appointment, but is temporarily closed at present.)

In 2008, Eri published Anne no yurikago: Muraoka Hanako no shogai, to commemorate the centenary of Montgomery’s Anne of Green Gables. This work is the basis for “Hanako and Anne”, an NHK morning drama serial to be aired from March 31, 2014.

Eri is also writer and editor of Muraoka Hanako to Akage no Anne no sekai, published by Kawade Shobo Shinsha.

Hanako Muraoka: Hope for the Future Poured into the Translation of Anne of Green Gables

How many of those who casually picked up a Japanese language version of the classic novel Anne of Green Gables as children or young adults had the Hanako Muraoka translation in their hands?

Born in 1893, Hanako Muraoka left her parents at the tender age of ten to receive an...